Universal Credit claimants could get half price travel – do you qualify for the discount? 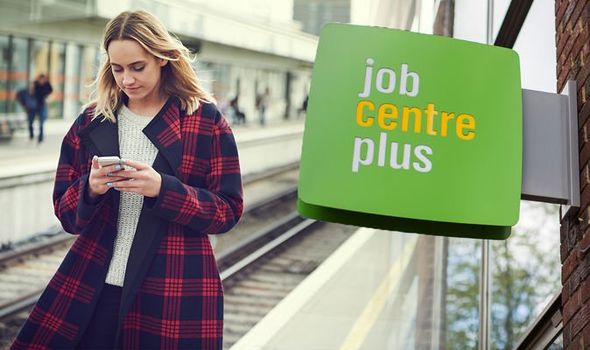 UNIVERSAL CREDIT is a payment which may be able to be claimed by those who are on a low income or who are out of work, in order to help with living costs. Some unemployed recipients may be able to get a discount on their travel costs during this time of their life.

From carrying out a weekly shop to attending job interviews, for many, public transport will be a lifeline for getting around the place. That said, the fares can be a significant outgoing – especially when money is tight. In order to ease the impact of the cost, some benefits recipients are able to get a discount on selected rail tickets – and this includes certain Universal Credit claimants.

The discount can be used by a person who has a Jobcentre Plus Travel Discount Card. In addition to the discount on the majority of train journeys, certain bus operators also accept the card for discounts. When attached to an Oyster Card, Transport for London also accepts the card.

Guidance on this card is available online, in a 2013 policy paper called “Support to help with the cost of transport”. It states that these cards are provided to those who are unemployed and claiming Jobseekers Allowance or Universal Credit for three to nine months, if they are 18-24 years old. For over 25s, this rises to three to 12 months.

Jobseekers should never be stuck for transport and thanks to the Jobcentre Plus Travel Discount Card those looking for work could be eligible for half price travel on train services in England, Wales and Scotland. Minister for Employment Mims Davies

In order to be eligible, it appears one must have claimed Jobseekers Allowance or Universal Credit for at least three months. Other benefit recipients may be able to receive the card three months after their claim and if they are actively engaged with a Jobcentre Plus.

Minister for Employment Mims Davies told Express.co.uk: “Jobseekers should never be stuck for transport and thanks to the Jobcentre Plus Travel Discount Card those looking for work could be eligible for half price travel on train services in England, Wales and Scotland.

The important DWP Universal Credit changes kicking in this month

“The most recent figures show over half a million journeys were made by people using the card with many others also benefiting from reduced fares on some local bus services.”

Figures released by the Rail Delivery Group show that between March 2017 and March 2018, 518,822 discounted journeys were made.

Rather, Universal Credit recipients will usually get the payment if they are not employed or self-employed, and either they have a health condition or disability and have limited capability for work and/or they have a child under five living with them.

An individual may still be eligible if they have a disabled child amount in their claim, and this is regardless of whether the claimant is employed or not.

Other people who may get this payment can include people who claim Pension Credit, Income Support, income-based Jobseeker’s Allowance, income-related Employment and Support Allowance, Support for Mortgage Interest, and Pension Credit. There is more information on the government website which states whether a person will usually get the payment or not.

If the temperature in one’s area is recorded as, or forecast to be, zero degrees celsius or below for seven consecutive days, then those eligible will get the Cold Weather Payment.

This means they get £25 for each seven day period of very cold weather – if it’s between November 1 and March 31.

Universal Credit claimants may also be able to get a Council Tax reduction. It comes down to where one lives, as well as their circumstances.

This is because “many local councils will not backdate it for you”, the guide says.