Coronavirus UK: unions warn over lack of sick pay for gig economy workers – The Guardian. The country’s legion of self-employed workers face a stark choice: self-isolate or continue to work if down with Covid-19.

The government has been accused of failing to grasp the threat of gig economy workers spreading coronavirus, after a minister advised those with no sick pay who have to self-isolate to claim benefits instead.

Downing Street is under huge pressure from trade unions and Labour to promise statutory sick pay to all workers when it unveils its coronavirus action plan, due to be published on Tuesday.

But Justin Tomlinson, a work and pensions minister, said the current advice for workers with no sick pay who suspect they have the disease was to claim universal credit – which can take up to five weeks to come through. The alternative would be employment and support allowance, which requires claimants to have two to three years of National Insurance contributions.

"It's just not right that anyone who falls ill and is not eligible to receive sick pay must wait up to five weeks for their first Universal Credit payment." JRF's @Helen_Barnard on the #coronavirus and #universalcredit for @SkyNews https://t.co/OSiudjYXEb

Trade unions said the government’s proposal was wholly inadequate, and warned that up to two million workers with no sick pay may not be able to afford to self-isolate for two weeks if they develop symptoms.

They said those affected – including some care workers, hospitality staff and delivery drivers – could potentially hide their illness rather than lose pay, which could risk worsening any outbreaks.

Christina McAnea, Unison assistant general secretary, said: “If they stay off work, staff need to know they have enough money to feed their families and pay rent. Waiting up to five weeks to get benefits runs the risk of them covering up symptoms.”

Sue Harris, GMB legal director, added: “For workers, or the self employed, making a claim for universal credit is laborious and lengthy. If the government is serious about containing the virus it has to take steps to make sure people are able to self-isolate without the added concern of how they will pay their bills.”

A Downing Street source said the government was thinking about how to deal with the problem, hinting that there could be more support for those with no sick pay announced soon. But in a parliamentary answer on Monday, Tomlinson told Labour MP Alex Sobel that the current advice for gig economy and agency workers was to turn to the welfare system.

“Those whose employers ask them to stay away from the workplace due to coronavirus concerns, who do not qualify for Statutory Sick Pay, may be able to claim universal credit and/or new-style employment and support allowance,” he said. Sobel, who himself had to self-isolate for two weeks, said the advice was “outrageous” and called on the government to take the situation more seriously.

A government spokeswoman said hardship payments were available for people who could not afford the wait for universal credit. She added: “Employers have been urged to make sure they use their discretion and respect the medical need to self-isolate in making decisions about sick pay. “Anyone not eligible to receive sick pay is able to claim universal credit and/or contributory employment and support allowance.”

More than a million workers in the UK gig economy on platforms such as Uber and Deliveroo face a choice of either continuing to work with symptoms that could mean they have the virus or lose all their earnings.

Many are in public, highly mobile roles visiting hundreds of addresses every week delivering parcels and takeaways and carrying passengers in minicabs. 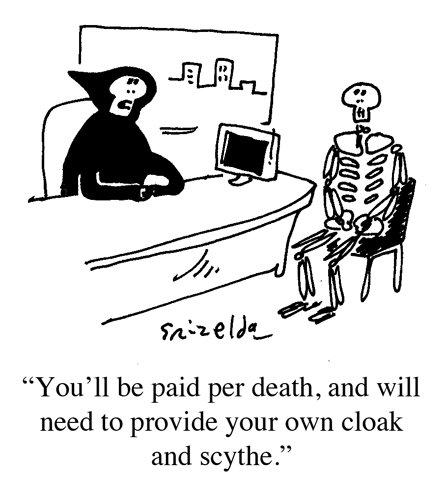 “Self employed people are not eligible for sick pay,” said a spokesperson for Hermes, one of the UK’s largest parcel delivery firms. “If our self-employed couriers have to self-isolate we will support them in finding someone to deliver on their behalf if they do not have a substitute. Hermes will also guarantee that their rounds will be kept open for them for when they return.”

One courier for its rival courier giant DPD told the Guardian: “People have all said they won’t report symptoms, they will just carry on working. People never take time off DPD when they have flu and not earn any money. I just use Dettol wipes on my scanner throughout the day, and moan at people that are off ill and sitting at home ordering things because they are bored.”

DPD, which treats its couriers as self-employed franchisees, is not offering sick pay. A spokesman said: “We are providing advice to all our drivers, which includes encouraging them to follow the standard preventative measures and talking to their relationship manager if they have any specific concerns.”

However, Deliveroo which uses self-employed couriers to deliver takeaways, is considering offering financial support to affected riders in the UK as it has done in Hong Kong, it said.

Uber has told drivers with any mild illness, respiratory symptoms, or a fever to stay at home but declined to respond when asked if it would provide any sick pay to drivers to ensure they don’t press on with work regardless.

“We remain in close contact with local public health organisations and will continue to follow their recommendations,” a spokesperson for the ride-hailing app said.

One thought on “Coronavirus: no sick pay for gig economy workers”